Quick disclaimer, I have not seen either In the Mouth of Madness or The Stand. They did come out though. 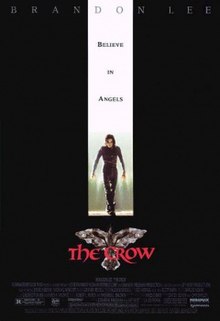 1994 has the distinction of being the year one of my favorite films of all time came out. And while it may not technically be a horror movie, though it was on the list, The Crow released this year and it is certainly an appropriate movie for the month of October. The tragedy surrounding this film, namely the death of lead actor Brandon Lee in an accidental shooting on set, lends a bit of sadness to what is ultimately a dark but uplifting film. I love this movie desperately and would encourage you to watch it now. It was so far ahead of its time in terms of tone and gravitas in a comic book film and is still one of the most beautiful films I’ve ever seen. 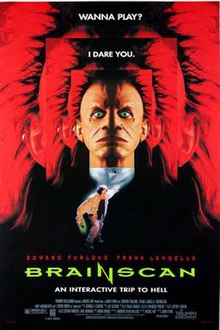 As for actual horror movies in 1994, it is kind of a mixed bag. On the one hand, there are a ton of lackluster sequels from this year, Pumpkinhead 2, Leprechaun 2, Puppet Master 5, and the abysmal New Nightmare. (That movie sucks on toast, fight me.) On the other hand, there was a glut of sexy-scary flicks including Embrace of the Vampire aka the one where Alyssa Milano was naked and 80’s kids lost their minds. (this movie also sucks) On the other, other hand, (third hand? foot?) Brainscan came out. For those who have never seen it, Brainscan is a movie about virtual murder that also, what a coincidence!, happens in the real world. It stars Edward Furlong and Frank Langella and is terrible in the best way. The rest of the story plays out in such a hokey way that it is hard to think the filmmakers were being serious when they made it. It is an underrated gem and deserves a watch. I am not a fan of watching movies because they are bad. Instead I watch movies like Brainscan and appreciate them for the broken masterpieces they are and so should you. (my best friend Nicole would be so proud of you)

The two most interesting movies to come out in ’94, mainstream anyway, were Wolf and Mary Shelly’s Frankenstein. Wolf starred Jack Nicholson and Michelle Phieffer and is one of the only werewolf movies I’ve ever seen that is not so much about the werewolf but about being a werewolf. There are no big, gruesome kills in this flick. Rather there is a romanticism about the human condition and the place of human values within the larger societal picture. There is some serious acting being done here by both leads, as well as the secondary characters, and some truly wonderful direction. It is a visually interesting movie and one that deserves a second look. Mary Shelly’s Frankenstein on the other hand, is as divisive a movie as you are likely to find. Directed by Kenneth Branagh and starring an all star cast of Robert De Niro, Kenneth Branagh, Tom Hulce, Helena Bonham Carter, Aidan Quinn, Ian Holm, and John Cleese, this version of Frankenstein should have been a smash hit. Instead, Kenneth Branagh got all Kenneth Branagh about it and made a wonderful disaster of a movie that could only be done by him. There are moments where this flick is as good as any movie ever made, and there are moments so hectic and over the top that they appear to be made by a high school kid making big budget Shakespeare. I love it but understand why others don’t. It’s a movie that challenges you to accept it for what it is rather than what it likely should have been. Definitely worth your time and a great way to cap today’s article.