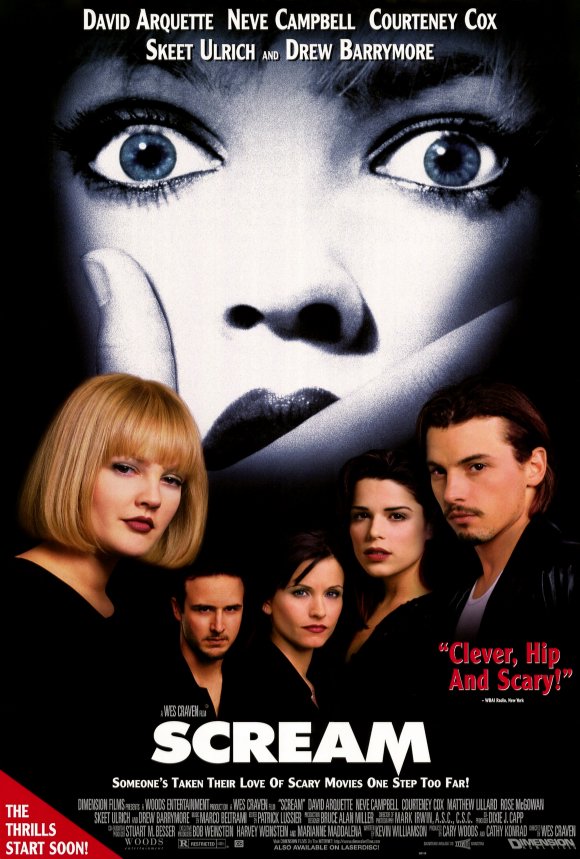 1996 had some bangers come out. So much so that there isn’t even space for most of my, usually, nonsense lead in. So, Scream. Gigantic success for Wes Craven and a huge moment in tons of careers. The impact Scream had on horror movies cannot be understated. Scream was the movie that broke the floodgates open and made horror movies cool again. It is not a perfect film, but one that takes what was established, the slasher genre of the 80’s, and re-imagines it as something more than just blood and boobs. It was an ensemble piece with established actors as opposed to the an ensemble piece with a bunch of no names getting their shot. The actors in the film were either stars already, stars that had gone away for a bit, or those just about to be stars. The script was written to take advantage of the fact that we had all seen horror movies by this point and knew what to expect. And on top of that, the script was actually well-written as opposed to the nonsense we had previously gotten. Scream was a big budget slasher movie that was a movie first, horror movie second. I love this movie for everything it is and everything it tried to be. It upped the ante for what was acceptable in terms of effects and production value. It is a movie you absolutely need to see if you haven’t and need to see again if you have. 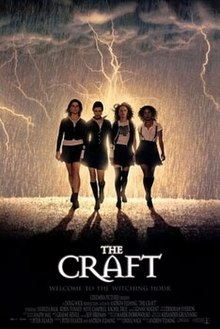 96 also saw the release of The Craft. For teenagers in the mid 90’s, full of angst and resentment and grunge CD’s, The Craft was a big deal. The film was also groundbreaking due to its having four female leads, a feat rarely seen in Hollywood then, or today. The plot centers around the four girls and their desire to use witchcraft to their own ends. As is to be expected, things don’t go exactly as they planned. As they use their powers, they begin to get greedy and turn on each other. The film devolves from a cautionary tale into one mired in subpar special effects yet nonetheless remains an enjoyable watch. I highly recommend it. It’s quirky and different and showed the growth possible within the horror genre. It wasn’t the only film to push the definition of horror movies in 96 though. The other one was The Frighteners. In this movie, Michael J. Fox, in his last big screen starring role, plays an architect who gains the ability to talk to ghosts after his wife dies in a car accident. He uses these ghosts, three in particular, to “haunt” houses he can then exorcise. As it to be expected, things don’t go exactly as they planned. One of his customers dies from a heart attack caused by a ghost who appears to be the Grim Reaper. Things go pretty nuts from there involving tons of twists and turns. It is a wonderfully done film written and directed by Peter Jackson. It was basically a flop at the box office so chances are you might have missed it. I would suggest you remedy that ASAP.

My favorite horror flick in 96 though was From Dusk Till Dawn. This movie is just so damn cool. Written by Quentin Tarantino and directed by Robert Rodriguez, FDTD features a ridiculous cast including Tarantino and George goddamn Clooney as the Gecko Bros., bank robbers and sometimes murderers, Harvey Keitel as Jacob Fuller, a pastor who has lost his way, and Salma Hayek as a dancer at the world famous Titty Twister strip club. The Gecko Bros. kidnap Fuller and his kids and force them to smuggle them into Mexico so they can meet their contact at said strip club. The only problem is the Titty Twister is staffed completely by vampires. And they are hungry. It is a ridiculous film that has so many amazing little moments throughout. The performances from all involved are simply remarkable. If you’ve never seen this film then rambler, get ramblin’ and watch it right now.