1998 was an excellent year for horror films of all types. There were a few stinkers in the mix like Urban Legend and Species 2, plus the most horribly named movie sequel of all time, I Still Know What You Did Last Summer. (eww, fucking eww) But the good this year was really good. First up, and I am being serious here, is Bride of Chucky. Taking the Child’s Play franchise to this most logical place, absurdity, was the best thing they could have done for its overall health. The original was scary. Beyond that, it became silly. How could this doll keep coming back? There was no stretching of the imagination to get it to make any kind of sense. But this, this movie made it better. This movie made it okay for the absurdist notion of two serial killer spirits possessing child sized dolls and then going back to being serial killers, to exist. It is so insane that it works. And to top it off, there is just the most amazing line delivered by Chucky right before he and his bride are about to consummate the marriage. I won’t spoil it here if you’ve never seen it because it is that good.  Watch this flick. 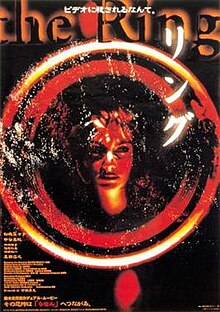 98 also saw the release of two movies dealing with horror through technology. The first, Ringu, is the original Japanese version of The Ring. Ringu is by far the superior film. It is much scarier, much creepier, and just much betterer. It is a beautifully shot film that is unnerving simply through its visuals. The concept, a cursed video tape, is a little hokey by today’s standards, but speaks to the larger issue of consuming media without knowing where it came from of who it is intended for. The ghost who emerges from the tape is so well done. It is not gross or cheap, it is earned. It’s a fantastic film that deserves a watch. The other film, Strangeland, deals with the dangers of anonymous internet communication. Now, there was quite a bit of fear mongering going on in this film, but the basic idea and execution were well done. The story revolves around a sadist who performs body modifications on unsuspecting teenagers who have been lured to his location through internet chat. It has some cool visuals, an excellent soundtrack, and Dee Snider! What more do you people want?

It wasn’t just tech on display in 98. Dystopian futures and aliens played a prominent role in cinemas as well. Dark City was director Alex Proyas follow up to The Crow and it is probably the best movie no one has seen. In it, a man named John Murdoch wakes up in a bath tub with no memory of who he is or what has happened. He immediately receives a phone call that tells him to leave because there are people after him. The people who are after him, the Strangers, show up and things go off from there. Dark City is a movie that really deserves its own spot, maybe in a future post series about beer and movies. Suffice it to say, things go absolutely crazy, and the visuals alone are reason enough to watch this movie. You owe it to yourself to do so now. On the opposite side of the spectrum, The Faculty came out and threw teenage horror movies for a loop. In this film, Robert Rodriguez shows what happens when parasites take over teachers at an Ohio high school. The teachers go crazy, start murdering each other to turn them, and it’s up to the kids to save humanity. But not all of the kids because, wouldn’t you know, some of them have been turned as well. It’s an incredibly cool movie with signature Rodriguez moments and direction. The Faculty sort of pokes fun at the tropes of Sci-Fi horror but honors them as well. It’s a great flick and worth a watch.

Finally, there’s Deep Rising. I adore this movie probably more than most. It’s a movie that did not do well, was not reviewed favorably, and by all accounts is not a great film. And yet, I love it. The basic concept of the movie is that a group of pirates are going to board and steal from the worlds largest cruise ship. This ship is filled with the big time money makers and shakers and all of the things one might expect wealthy people to be into. So, basic premise so far. But, there is also a giant sea monster. Who crashes into the ship. In the middle of the ocean. And the thing about this sea monster is that it grows bigger the more space it has. And in the middle of the ocean, well, it’s big. The creature starts attacking and eating people on the ship. It uses its giant tentacles, covered in spikes and each having a mouth, to swallow and liquefy its meals. The skeletons are then excreted from the main body, which just so happens to have taken residence in the ships cargo hold. The heroes have to escape the ship, evade the pirates, and destroy the monster. It’s amazing. It has Famke Jensen and Treat Williams and a muzack version of Girl From Ipanema. I cannot recommend this movie enough. Please, please, please, watch this movie. It isn’t very good, but it is great.