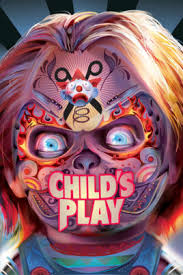 1988 was a decent enough year for horror fans. We got some remakes that were okay (The Blob), some continuations of slasher franchises (Nightmare on Elm Street 4, Halloween 4, and Friday the 13th 7), and some new standouts. The first of which was Child’s Play. As over the top as the Chucky films have become, the first film in the franchise was genuinely scary and worthy of the praise it received. The tale of a possessed doll running rampant was one of those ideas that was just weird enough to work. The visuals were really cool and the puppet work done with the Chucky doll was top notch. I really liked this movie and its sequel. (After that though…) 88 also saw the release of a personal favorite of mine, Pumpkinhead. I have also loved big, grotesque monsters and Pumpkinhead fits the bill. Lance Henriksen is so good in this movie and the avatar of vengeance, Pumpkinhead, versus a group of, perceived anyway, shitty teenagers is about all that’s needed for a really solid horror flick. Check this one out if you missed it.

Animals have always had a role in terrorizing moviegoers and 88 was no exception. Monkey Shines was a movie about a paralyzed man and his trained monkey who goes crazy. (the monkey, not the guy) Silly at times but effectively scary as we never really know what our pets are thinking do we…? On the other side of the spectrum we got the first Killer Klowns from Outer Space. Now, this is not a good movie but if you’re the type of person who is scared of clowns, this movie will scare the pants off of you. It’s your basic aliens who look like clowns plot with a small town fighting back. Ridiculous, but in the best way.

Finally, Maniac Cop. Maniac Cop is one of those films that was way ahead of its time in terms of content/subject matter and willingness to go to places others wouldn’t. What makes this flick so scary is the plausibility of the story. A killer dresses as a cop and terrorizes the city. Simple enough, sure, but the deconstruction of our safe spaces and institutions is a hell of a way to scare people. Watching this flick through a modern lens is even more troubling. Definitely worth the time if you’ve never seen.