According to reporting from Dave Meltzer, Mark Henry is retired as an in ring performer. And while this isn’t shocking considering that Henry has had only a handful of televised matches these last few years, it is nonetheless bittersweet. Mark Henry is one of my favorite performers of the last decade or so. His heel run as a dominant champ and inductor of the Hall of Pain is one of the great heel runs of all time. Perpetually under-appreciated, Henry was able to turn his buzzworthy Olympic success into a WWE career that began in 1996. He had been one of the longest serving active performers on the roster and a man who is surely deserving of induction into the WWE Hall of Fame.

It wasn’t always a certainty that Henry would get over. Henry began his journey in Silsbee, Texas. He was, to use the wrestling vernacular, a hoss. By the time he graduated high school he had already set records in Powerlifting for the Squat at 832 lbs., the Bench Press at 525 lbs., the Deadlift at 835 lbs., and total weight at 2,033 lbs. At 19 he was setting records in the Superheavyweight Division. (the superheavyweight class is restricted to lifters weighing 200 lbs. and over so… hoss) By the age of 24, Mark was considered one of, if not the, strongest men in the world, a nickname that would stick with him the throughout the rest of his professional and entertainment career. At the ’96 Olympics, Mark measured up at 6ft 4in and weighed 414 lbs., making him the largest man to ever compete on the Olympic stage. His Olympic performance was hindered by a back injury and his subsequent competitions put on hold due to a broken leg. He returned to training on and off at the start of his wrestling career but never again reached the heights he had previously. He instead turned his attention to professional wrestling.

After the Olympic games in ’96, Henry signed a ten year deal with WWE. Mark was originally pushed as a squeaky clean babyface debuting in a feud against Jerry “The King” Lawler. Due to injuries and time to heal he was on and off TV during his first year with the company. He returned in late ’97 and had small feuds with lower mid-card talent. He was still a babyface and still treading water. In 1998 however, Mark began to find his place on the roster. 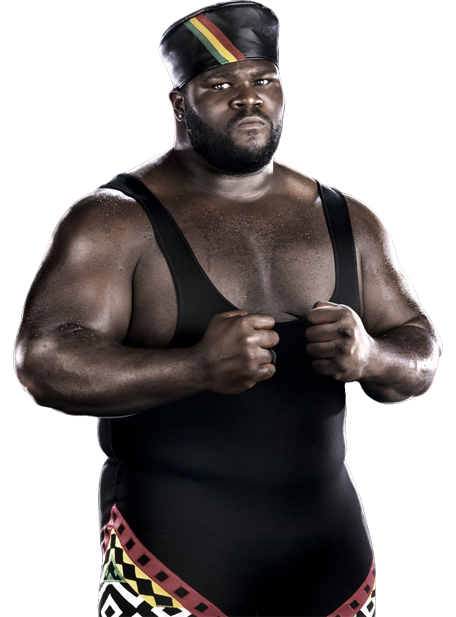 Henry turned heel and joined the Nation of Domination along with Farooq, D-Lo Brown, Kama Mustafa, and everyone’s favorite person, The Rock. The Nation was a militant heel faction that was presented as a less dangerous yet more Afrocentric Black Panther Party. The Nation was a strong gimmick and, while a bit obvious, a great place to put a struggling talent who happened to be black. Mark fit in perfectly. Once The Rock took over leadership of the Nation, and their militant focus was changed to a more urban focus, Mark began to hit his stride as a character. He took on an enforcer role, the strong ass kicker in the group. The highlight of this run is undoubtedly their feud with DX which resulted in the infamous DX/Nation parody.

Following his The Nation split, Mark Henry adopted his Sexual Chocolate persona which, while producing some truly cringe-worthy moments, was largely successful in getting Mark over as a face organically. His in-ring work was still subject, as was evidenced by his demotion to Ohio Valley Wrestling, think WWE minor leagues at the time, in 2000. While there and working on his skills, his mother passed away. Mark decided that as a tribute to her he would train and enter the Arnold Strongman Classic, basically a strongest man in the world competition. The fact that he only had four months to train meant nothing as he won the event in a walk. He appeared sporadically over the next few years always involved but never at the top. In 2006 he returned full time and competed in a battle royale for the vacant title being eliminated second to last by Kurt Angle. Mark went on to feud with The Undertaker and various other top guys during the year and was involved in major storylines. Mark began his “path of destruction” kayfabe injuring wrestlers during June and July of ’06 before injuring his own knee in July. This injury would keep him out of action until May of the following year.

Mark returned to feud with The Undertaker, Kane, and The Great Kahli. He began teaming with Big Daddy V, a mountain of a man, in ECW and feuded again with Kane as well as C.M. Punk. In 2008 Mark Henry defeated Kane and The Big Show in a triple threat to win the ECW championship, his first major title since a run with the, largely unimportant, European title back with The Nation. Mark spent the rest of the year losing and chasing the ECW title. In 2009 and 2010 he competed for RAW mostly as a tag team performer and a face. His work was significantly better than it had been and his health finally seemed to cooperate. In 2011, Mark was drafted to Smackdown and turned heel again. He feuded with The Big Show and after defeating him at at that year’s Money in the Bank show, he kayfabe injured Show making him the first inductee to the Hall of Pain. Kane, Vladimir Koslov, and The Great Kahli also were inducted into the Hall of Pain in the following months. At Night of Champions in July of that year, Mark defeated Randy Orton to become the World Heavyweight champ.

Mark then went on to feud again with Show, boo, but also with Daniel Bryan, yay, which resulted in Bryan winning his first World Title. Mark spent the rest of the year chasing the various champions and having great matches. He was over as hell and his gimmick was working. His health had held for a few years at this point. And then, just like before, it failed him. In May of 2012, Mark Henry announced he was having career threatening surgery. After nine months he returned and again chased the champions until 2014 when he began teasing his retirement from the ring. This teasing lead to one of the all time great swerves in wrestling history.

Damn that’s good. It was at that moment that Mark Henry solidified his place in wrestling history. Why WWE decided to have Mark Henry lose against Cena is one of the biggest mysteries to me. Maybe they didn’t believe he would stay healthy (he didn’t), maybe they loved Cena too much (they did). And while Mark would never again capture the title, he remained over, whether face or heel, the rest of his career. He remains one of the best on the mic and one of the most impressive big men to ever compete for WWE. Yes, he is done as an in-ring performer for WWE. His influence though, will be felt for generations. Thank you for reading this, what turned out to be anyway, rather long look at the career of Mark Henry. If you’ve made it this far, please take a moment to like and share this article and to follow me on twitter and instagram, @geekadedan. And make sure to check back next week for another reason to love wrestling. Until then…